...and her adorable bunny, Indie.

Where is your hometown?

Conrad, IA — and for everyone who has no idea where that small town is just think about it in terms of being about 20 miles north of Marshalltown.

What is your favorite part about working in Iowa City?

The energy hands down. The entire corridor is teeming with a vibrancy and passion that can be infectious if you open yourself up to it. And the ability to go sit in the Ped Mall and soak up all the sounds and joys while I work is something I’m so thankful for.

Which word or phrases do you most overuse?

I tend to go in word/phrase cycles. I use the same phrase or word until I notice other people picking up on it and using it as well, then I generally replace it with something new. (So hipster I know.) But some have survived the test of time though including “What is happening?”, “Awkward” and “Sad Monkey.”

If you could trade places with someone for the day, who would you choose and why?

I always thought it would be cool to be, like, a zookeeper or something where I get to interact with elephants and giraffes and all those amazing animals. Would love to be able to do that and just soak up all the animal kingdom goodness for a day or so.

That sounds amazing! Which social media platform is your favorite. Why?

It’s a close call but probably Instagram. It has successfully built communities around hashtags, and I love that so much. Finding people who like the same stuff you do is so easy on that platform — the pretty pictures also help. I’ve also been a daily user of Pinterest essentially since I was a Beta user.

What is the quality you most admire in other people?

Passion. I make a concerted effort to always be working on, striving for, indulging in my passions and I admire people who do the same. I think it’s a waste not to — life is too short for apathy.

What is your favorite food and drink?

Of course. What is a secret skill you have that no one knows about?

I don’t know that I have any secret skills really. I think everyone knows about what skills I have…unless they are secret to me as well!

Which decade or historical event would you most like to time travel to?

I would be interested in going back to see the suffragette movement up close. I get the sense sometimes that it’s easy to forget just what the past was like for women and how far we have come — it’d be nice to see the original front lines of the movement.

What is your idea of perfect happiness?

That’s such a loaded question, but I think it has to do with a completely raw, peaceful acceptance of whatever life throws your way and the security in knowing that you can not only handle it but don’t have to do so alone.

I feel that. Where would you travel if you could go anywhere in the world, all expenses paid?

For all expenses paid, probably Australia or New Zealand. There are so many places I would love to go to but those seem like the most expensive to not only get to but to explore in.

If someone wrote a book about your life, what would the title be?

Probably “What is happening?” actually. Not only do I say it a lot but a good chunk of my time is spent trying to really analyze situations and reactions and emotions.

What is your guilty pleasure?

I try not to feel guilty about anything that brings me pleasure, but if I have to pick something … I love to put on a record of Tom Jones and sing/dance along.

What are three things still left on your bucket list?

After the basics like getting married and having kids are: 1. Hold a baby goat (strange but true). – 2. Finish reading all of Albert Camus works – 3. Learn how to play piano

If you were an ice cream flavor, which flavor would you be and why?

Chocolate because you can pair it with so many things and it’ll be extra delicious but is also amazing all by itself.

Great points! What is your favorite part about being a Sculptron so far?

The people for sure! Everyone has been so welcoming and supportive. It’s always scary taking a new job but they’ve helped me hop right in! It’s also great to be surrounded by fellow digital geeks :). 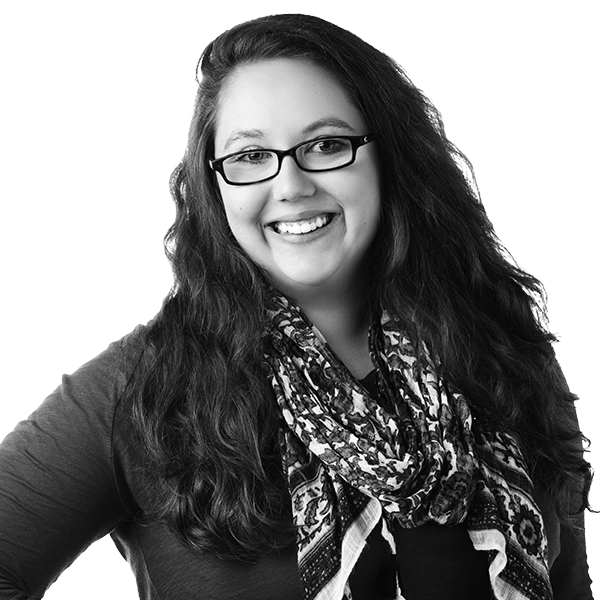