It's never been easier to break into the world of paid media.

Whether your role involves existing knowledge of paid media or you’re just starting to learn about it for the first time, paid media is a powerful way to drive growth (build awareness, acquire customers, and get leads).

With that in mind, we’ve lined up our top tips as well as the trends we’re monitoring.

But First… What is Paid Media?

So… what is paid media, exactly?

#1: How Are Paid Media Channels Changing?

Tim McDougall of 50 Pound Boson says, “I’ve been hearing since 2010 that Facebook is about to go down and go out of business and it still hasn’t happened.” Most paid media experts would agree that Facebook advertising definitely isn’t overrated yet (and likely won’t be anytime soon).

It is changing, though.

In 2018 and 2019, Facebook rolled out measures to increase transparency and accountability in political spending on the platform. Ads labeled as political must include a disclaimer and come from an authorized account. Additionally, political ads will be archived in the Facebook Ad Library for 7 years after they’re published. In 2020, Facebook introduced more new features to further increase transparency and user control, including an option to see fewer political ads overall.

These changes might not seem relevant to the majority of advertisers who don’t run political ads. Unfortunately, as many discovered in 2019, the definition of what could be flagged by Facebook as political is… vague.

We recommend authorizing your Facebook page to run political ads even if you’re not in politics. Find out how and why in this post.

So which paid media platforms are the rising stars to watch?

It feels like all eyes are on TikTok because of their large and rapidly growing user base—over 800 million, according to Datareportal’s 2020 global overview. A drill down of the data reveals that reaching your target audience on TikTok might be a little more difficult than the big picture numbers would indicate, though:

B2C brands with the budget for experimental ads and products aimed at younger consumers might see growing success on TikTok. We’re just not sold on it as a solid B2B advertising channel yet.

Even if you don’t start a TikTok Ads account tomorrow, though, it’s still worth monitoring and getting familiar with the platform. We recently had a TikTok inspired video go viral, so if nothing else, TikTok is great for inspiration. The type of content being created there is innovative and fun—and there’s no rule against B2B companies having a little fun.

And what paid media acquisition methods are on their way out

“Say that I want to reach doctors that work at this hospital because I think they’re going to be great for my Ph.D. program,” she adds. “Well, that doesn’t make any sense because half of the people, probably 90 percent of the people at the hospital, aren’t doctors and I would hope doctors aren’t on their phones all day.”

Geo-fencing is useful for finding and converting new leads for certain types of campaigns. Brick and mortar stores trying to drive foot-traffic, for example, or local event promotion. Unfortunately, it’s not terribly effective for other campaign types. There are more contextual places to reach an audience that can drive action today.

#2: You Don’t Need to Spend a Lot of Money to Gain Useful Insights

A few of our experts used the word “snackable”, then laughed at themselves self-deprecatingly, to describe the type of text you should use in ad creative (especially in terms of Facebook).

Will we see “snackable” added to a future edition of Knock Knock’s Corporate Flashcards deck? Only time will tell…

At any rate, one of the major topics associated with paid media success involves ad testing methods.

The road to success then involves testing multiple variations around copy, creative, targeting, and so on.

Tim continued, “In the old world of doing TV campaigns, you have two different competing ideas. But it takes you a million dollars to go test it. You’ve got to shoot a TV campaign, you’ve got to run it, you’ve got to wait a couple of months to see if sales come in.

You can also improve your successes by first testing ad creative with real users before initiating a campaign.

Zach Schladetzky of UFG Insurance recommends UsabilityHub to do just that, based on his company’s own paid media process. Don’t forget that it’s ok to take inspiration from other ads — so long as you don’t outright copy them.

Make sure to run a given ad campaign for a week before making any new optimizations. This is precisely how long it’ll take to gain enough useful data that you can then act on to improve ad set performance.

#3: You Don’t Need a Paid Media Degree to Break into the Field

If you’re reading this article because you’re devouring everything you can get your hands on to learn more about paid ads, you’re already on the right track. For those looking to make this your full-time job, here are our top tips for getting started.

It all starts with motivation. You’ll have a hard time finding an accredited degree program to learn more about paid media perhaps because you don’t need a degree to become an expert. But in order to find success, you’ll need to engage in your own form of self-study.

Start with resources that the biggest online advertising platforms provide, free of charge.

Facebook’s Blueprint courses will take you far when it comes to learning how to use the platform optimally. Google’s Academy for Ads certification program is another one worth working through as a beginner.

AdEspresso is another resource recommendation from our expert panel, though you’ll need a paid subscription to get the most out of it.

It can also help to keep up with influencers who teach their followers about how to best use paid media, like Matt Navarra, Jon Loomer, and Ezra Firestone. Just make sure that when you read any content about understanding paid media, it’s not just a quick skim. In order to actually benefit from it, you should set aside time each week to really focus on it.

Of course, nothing beats a small ad budget and a desire to take a deep dive into each platform. Encourage your employer or a client to devote as little as $10/day to your efforts to become proficient in paid media — that’s really all it takes to get started. Ideally, as part of your self-paced study, you’ll start testing ads based on what you’ve learned, refining them after running them for long enough to get insights about what’s working and what isn’t.

At this point, it also helps to have a mentor who you can sit down with for feedback about your approach and things you might be missing.

A great first project to solicit help for is setting up a dashboard to help you understand how you’re doing each day, at a glance. Just forget about vanity metrics — you want to focus on if people clicked on your ad and if they bought. After all, if you can’t prove ROI, what good is it?

While you’re just getting started, get as familiar as you can with all the various tools paid media platforms (like Facebook) have to offer — even the more obscure/new options. This will help you in the future, as you get more confident with regards to optimizing ad campaigns.

A format’s success on organic platforms will determine whether we’ll start seeing paid opportunities there, so it’s worth considering your brand’s strategy for all new formats. Being familiar with the features as an early adopter will give your paid efforts that extra edge.

In general, Vertical Stories (regardless of the exact platform) seem to be performing well as an ads medium and are absolutely worth testing out if you haven’t yet.

Another exciting ad format that our experts sees evolving over the next few years is streaming TV ads. Although Netflix has supported itself without ads up to this point, they have started testing the possibility for the inclusion of paid media alongside their content offerings.

As a direct result of the issues related to the Facebook/Cambridge Analytica fallout, Facebook advertisers lost access to a lot of targeting options they had previously relied on.

Advertisers are still scrambling to land on new best practices for getting attention. One of our expert panelists suggested falling back on a simple principle — providing value outside of simply saying “buy our product”.

#5: Does Amazon Have Too Much Control in Paid Media?

Since Amazon is the world’s largest online marketplace, it’s worth specifically calling out Amazon’s role in the paid media landscape as part of this discussion of paid acquisition.

Driving traffic to Amazon from another website creates tracking and attribution issues, because you won’t have access to all relevant e-commerce data. What you can do is loosely correlate ad spend with sales when you shut down the effects of other marketing campaigns. This works best for products that aren’t highly searchable.

Building your business with Amazon might be a good short-term plan but it shouldn’t be your long-term strategy for finding success because you don’t ultimately own your customers on the platform.

We’ve discussed a lot of different sides of paid media acquisition and what we expect it to look like going into the rest of 2023. Of course, things are rapidly changing, now more than ever. We’ll keep you updated with the latest developments.

If you’re looking for more content on paid media acquisition, we hosted an event about paid media trends and heard from a panel of experts in 2020 that still rocks. You can listen to the full live recording here.

Still have about paid media and how to use it effectively? Drop a comment below or tweet at @wearesculpt — we’d love to hear from you! 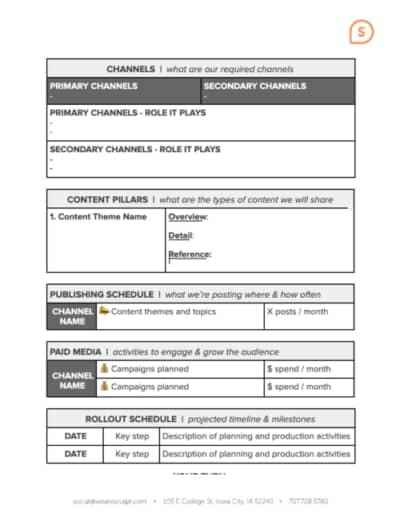 Use our Social Media Marketing Planning Template to make sure you’re presenting your goals, content strategy, and schedule with the people that matter most. Copy/paste the Google Doc to get started. → Click here to get it now. 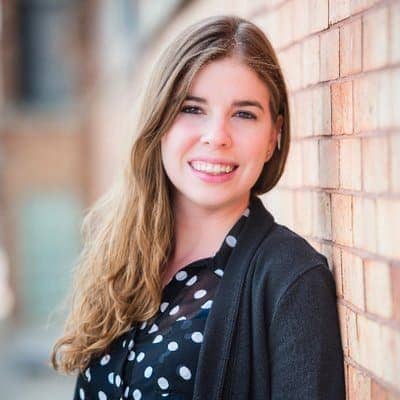 Maddy Osman helps businesses grow traffic and sales with content marketing. A long-time friend of Sculpt, Maddy is the founder and SEO Content Strategist at marketing firm, The Blogsmith.